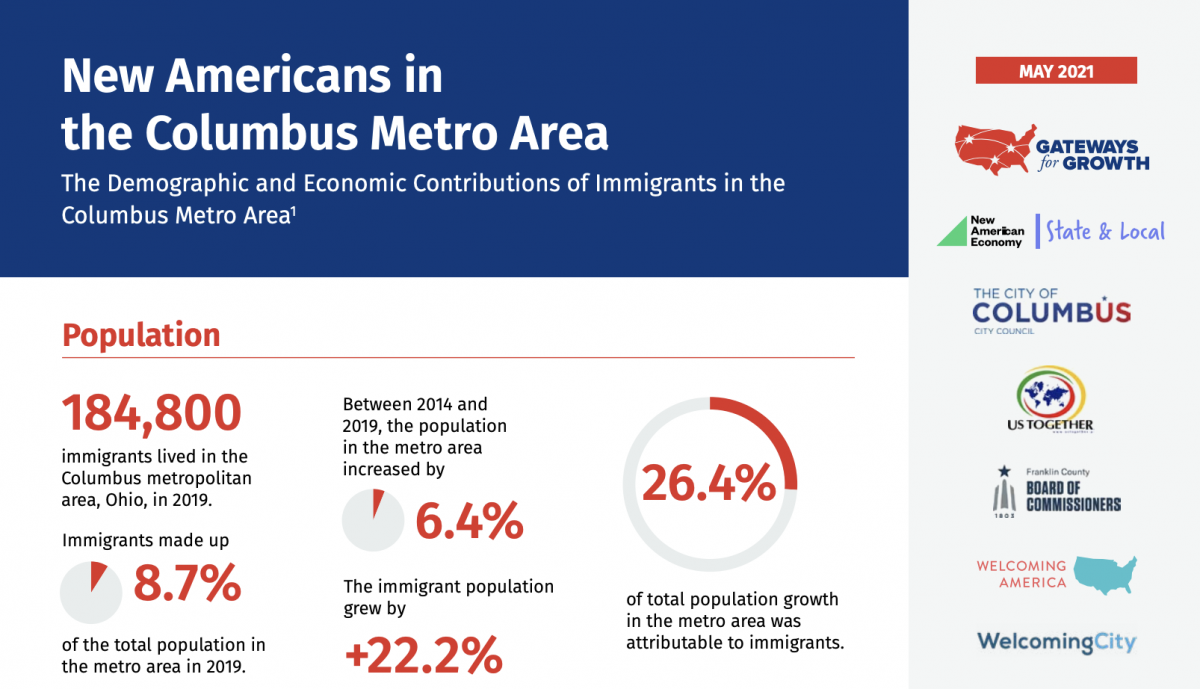 US Together Report: Immigrants in Central Ohio Paid More than $2 Billion in Taxes in 2019

A new collaborative report from US Together and other partners found that immigrants paid more than $2 billion in taxes in 2019, among other indicators of impact:

The report also highlights how immigrants fill crucial workforce gaps and had an outsize impact on key industries vital to the economic stability of the Columbus region:

> Immigrants made up 8.7 percent of the area’s population but represented 10.7 percent of its employed labor force.

> Immigrants accounted for 22.4 percent of the region’s science, technology, engineering, and math (STEM) workers, nearly 21 percent of transportation and warehousing workers, 14.7 percent of manufacturing workers, and 12.8 percent of healthcare workers — all critical industries that have been essential during the COVID-19 pandemic.

>Immigrants strengthened the local job market by allowing companies to keep jobs on U.S. soil, helping preserve or create 8,500 local manufacturing jobs that would have otherwise vanished or moved elsewhere by 2019.